July 29, 2020
When I read Janet Lansbury's book Elevating Childcare, I came to understand this idea of diaper changes being something enjoyable for parent and child because it is a moment of care and connection.
Now when I put Clark's nighttime diaper on him, I talk him through it, telling him each step and where I am going to touch him, and it worked. He was entranced.
I must have lost something though because now it ceased working all the time and he fights it sometimes. 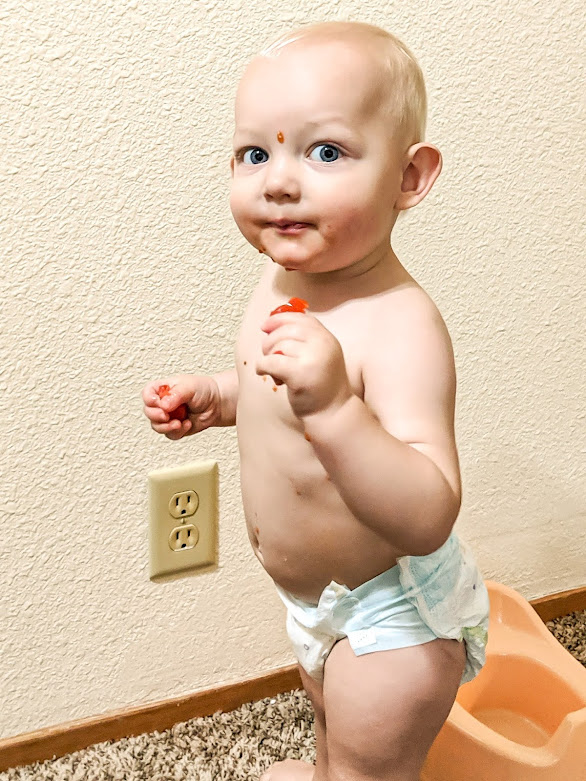 Then sometimes I say, "Do you want to do it fast or slow? Let's do it fast." This I got from my sister in law, who I think got the idea from the Love and Logic for Early Childhood book. That will usually secure his attention for a few more seconds. Otherwise, he is probably hungry, overtired  or cold when he fights it.
I highly encourage all parents to read the Elevating Childcare book by Janet Lansbury, because it totally transformed the way that I see care of a baby.