Howie never turned two months old because his birthday was supposed to be February 29th. 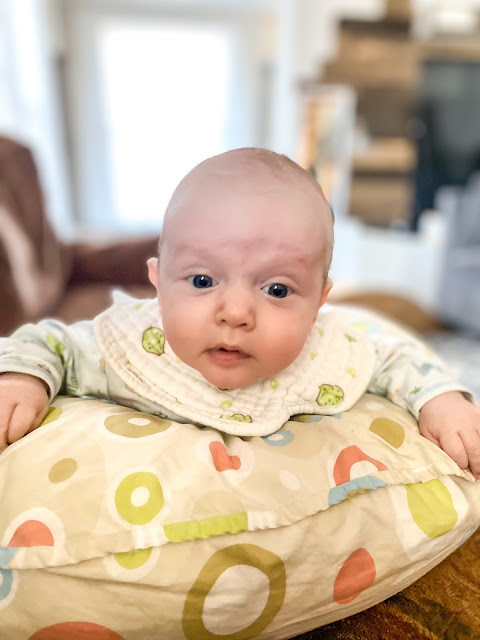 In his second month:

We got a SNOO and he started taking 45 minute naps, instead of 5 minute naps. That marked a dramatic change from probably being on the brink of postpartum depression back to semi-normal life.

Then I started feeding him before putting him down, as well as swaddling his arms, and then he slept 2 hours plus much of the time. Sometimes he still takes 45 minute naps, usually because I forgot to feed him before putting him down or because he wasn’t awake long enough. Sometimes he falls asleep early and I change his diaper again to wake him up. I think he has to be awake for about 1.75 hours to sleep for more than 45 minutes. But he loves to go to sleep after being awake for only 1.5 hours, and then take a 45 minute nap.

It's crazy, I think after a nap has passed the 1.25 hour mark, something inside me resets. It feels like Howie has been asleep forever and I am ready to care for him again. And then he keeps sleeping. So glorious. 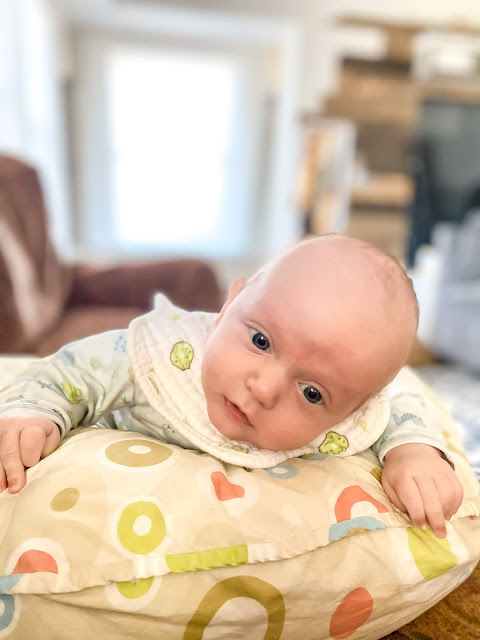 He still loves being bounced in his bouncer. That and sucking my finger are the only things he likes when he’s grouchy. He’s usually grouchy after being awake for 45 minutes or so.

He spent a lot of time with his octahedron mobile and then his Gobbi mobile.

Honestly, I got burnt out of giving him tummy time. He gets it lying on my chest after feeding but not so much on the floor. (edit, since writing this I found out that the evidence on tummy time is iffy, many people think flat headedness comes from spending too much time in carseats, strollers, etc, where they can't easily turn their head back and forth. See here https://www.janetlansbury.com/2011/08/the-case-against-tummy-time-guest-post-by-irene-gutteridge/) 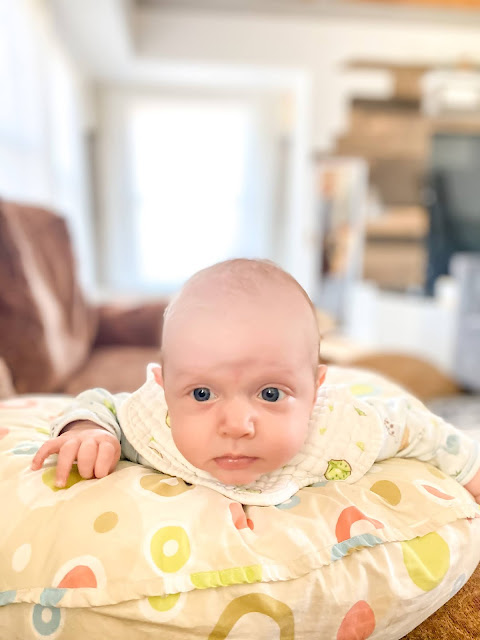 He loves looking around the bathroom after I change him. He’s almost always content after a change. It feels like the change is a reset button or that he just loves that spot for some reason.

He smiles back at us when we smile and coo to him, but he doesn’t really look at our faces while doing so so I wonder if it’s more the sound of our voice than the smile that makes him smile.

He gained 3 pounds in a month again.

He turns his head toward sounds and tracks us when we walk.

I think he may be getting near bringing his hands to his face and keeping them their to suck on.

Things I've noticed in the last week after he turned 2 months old:

He stares at his hands for long periods of time.

He looks at people's faces for long periods of time and it also seems like he watches them gesticulate.

Today, at the end of his first week as a 2 month old, he's not interested in the Gobbi mobile anymore.