How We Do Toy Rotation at our House

When I first got into Montessori, I thought it was going to fix my 18 month old's entertainment crisis. Montessori would provide him engaging work, he would be engaged. He wouldn't bother me anymore! I thought if only I could have the money to afford all of the little wooden Montessori manipulatives and have the energy to create all of the DIY screen free toddler entertainment buckets you can find on Pinterest, he would finally cease to be bored. 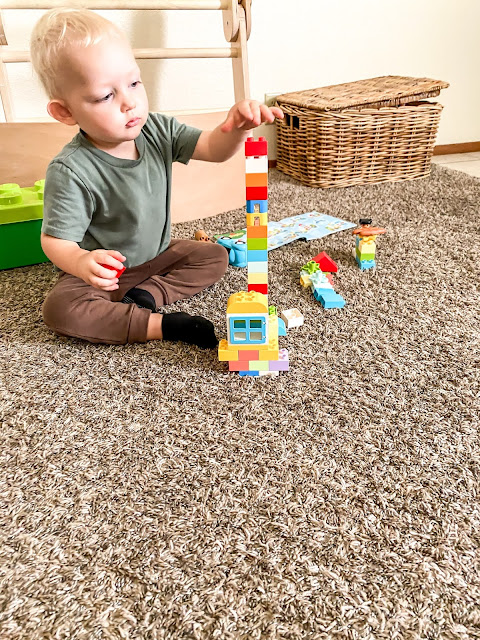 Looking back, it was basically the thought, "If I can replicate the constant newness of the TV in his physical world, I will have succeeded as a parent." 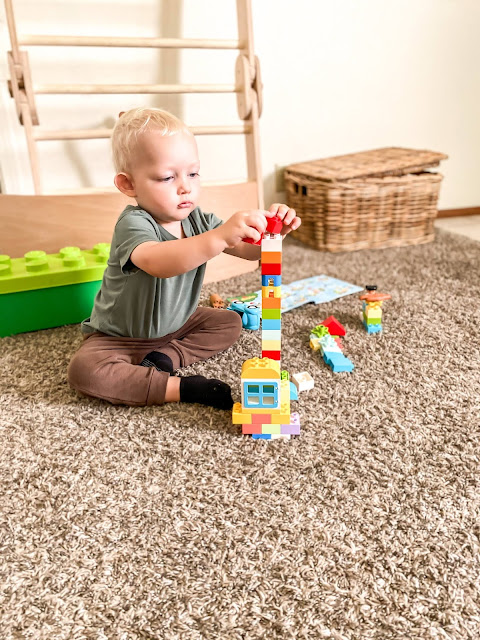 This podcast episode about toy rotation was a huge lightbulb moment for me. https://www.thekavanaughreport.com/2021/02/shelf-help-ep-43-little-shelf-rotation.html

Nicole, a Montessori mom whose oldest is 10, says that she tried to do the same thing when she started Montessori with him as a toddler. You really should go listen to the episode, but essentially she found that giving him more time with the same few toys engaged him better than trying to grab his attention with novelty. 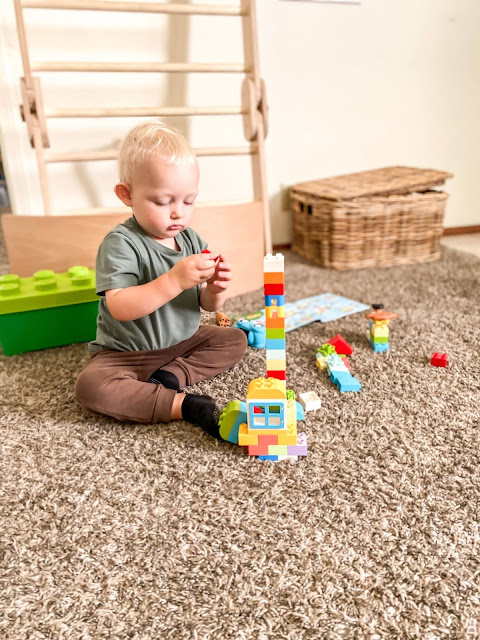 She said that when she left toys on the shelves until her son grew out of them, and also replaced them one at a time, she felt he felt like he had time to figure them out. Whereas when she was replacing them weekly, he would play with them for a couple days, and then wait the rest of the week for new toys. (But do go listen because she goes into much greater detail about what happened). 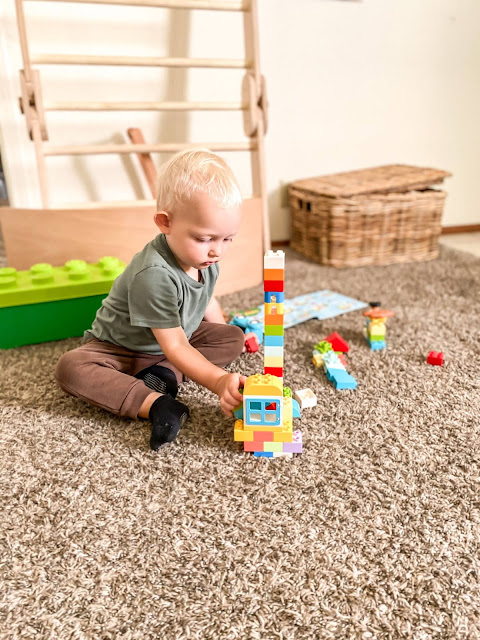 This makes so much sense! It seems like in all areas of life, religion and parenting come to mind first for me, philosophies that result in frenzied, frantic activity, more often than not turn out to be the incorrect ones.

So I'm excited to not be the activity vending machine anymore. 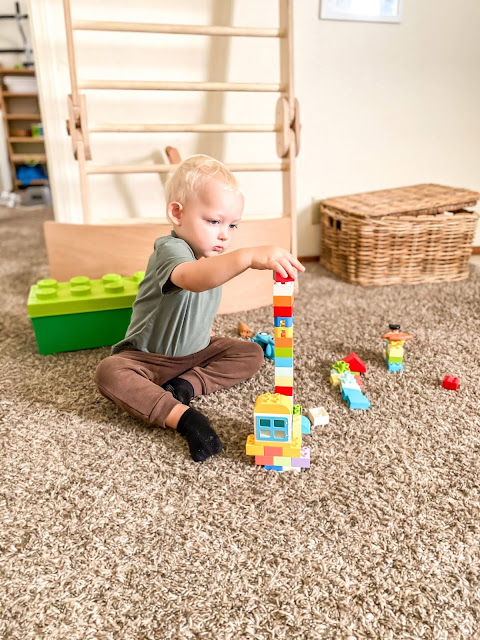 Though right now, even though I don't rotate shelves or DIY sensory bins,  I do keep almost all of Clark's toys in my closet. If he wants a new toy, he has to clean up his previous one and bring it to me. This was a survival mechanism to keep the house clean as a pregnant mamma. But I also use it as a novelty crutch. When Clark asks to watch TV or when he is grouchy and getting on my nerves I can say, "Do you want a new toy from the closet?" and he almost always gets very excited.
So essentially, I still plan to be exactly a toy vending machine, haha. 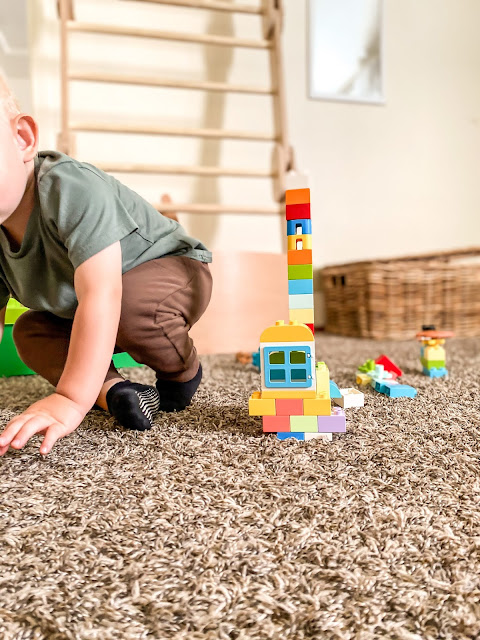 I'd like to have more age appropriate toys out on his shelves all the time and stick to only those toys, but I don't want to have to help him clean them up every day. I barely clean up his books and bedding as it is. He does have his Duplos out all the time, and he loves those and he plays with them throughout the day, including in the morning before I wake up, which is amazing and beautiful and lucky. I love waking up to the sound of the clinking of high quality plastic. 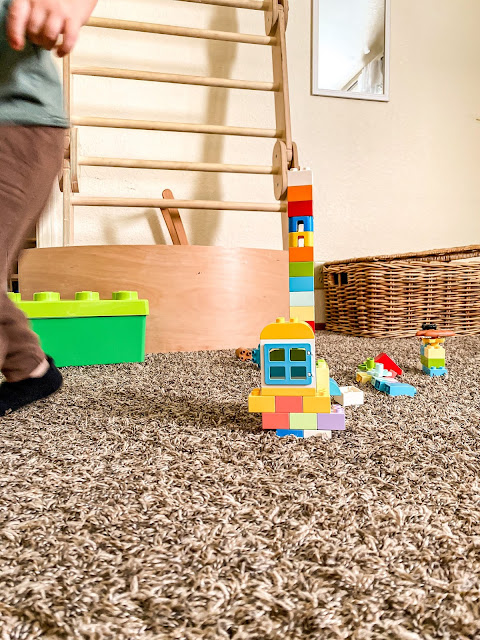