How I Currently Feel About our Playroom

August 06, 2020
I still have so much anxiety (ok, not really but it's really bothering me) about how to set up Clark's play room correctly. The main thing is figuring out how to create a water source where can get water without it forming in a pool that he can dump things in. I think once I do that I will feel calmer.
It is on my list for this week, along with many other things that I have barely gotten too.
Edit: I forgot that the other problem I am having is that Clark likes to eat and work at my desk by standing at the stool from his table. I don't like this because sometimes he falls off the stool and gets hurt, and sometimes he turns my monitor off. So I moved his table to the wall where I had only shelves previously. But I put it in the middle of the shelves. And he does better with eating at it, but he still comes and works at my desk. I wonder if it was right next to my desk if he would do even better. But if it was right next to my desk, it would block off his dresser, which is under my desk.
So I still have that to figure out.
Edit: I did move the table next to my desk and so far (one morning) he has not tried to eat at my desk, but I also realized that I don't like him eating in the playroom because he gets distracted by his trucks and doesn't eat very much. 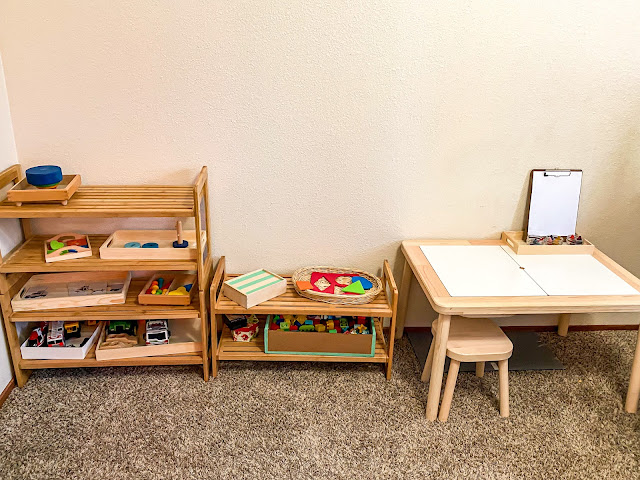